Thinking about Gulp ➕ WordPress? Wait! You need not to worry even for a single second because Ahmad Awais has built the most intuitive toolkit for Gulp integration with WordPress. It is called WPGulp and it is the most popular WordPress + Gulp workflow that helps you start building WordPress themes and plugins.

Thinking about Gulp ➕ WordPress? Wait! You need not to worry even for a single second because Ahmad Awais has built the most intuitive toolkit for Gulp integration with WordPress.

WPGulp as he calls it is the most advanced & extensively documented Gulp WordPress workflow which you find in the WordPress ecosystem. While using it you can kick-start a build-workflow for your plugins and themes with Gulp right away.

It was released in early 2016 and since it’s launch it has proved its worth because WPGulp is:

Ahmad is an incredible open-source Developer Advocate who spends more than 50% of his time building FOSS (free and open-source software) products. Being his wife, I’ve closely observed him leading an open-source lifestyle which is quite a difficult task to do.

Maintaining WPGulp during all this time was quite critical since several dev-projects were relying on this piece of software. But thanks to our amazing companies/individuals who have been constantly supporting our work. With this generous backing, we’ve been able to launch, update, and maintain this FOSS project and today I feel great to announce that WPGulp v2.5 is here and it just got a lot better. 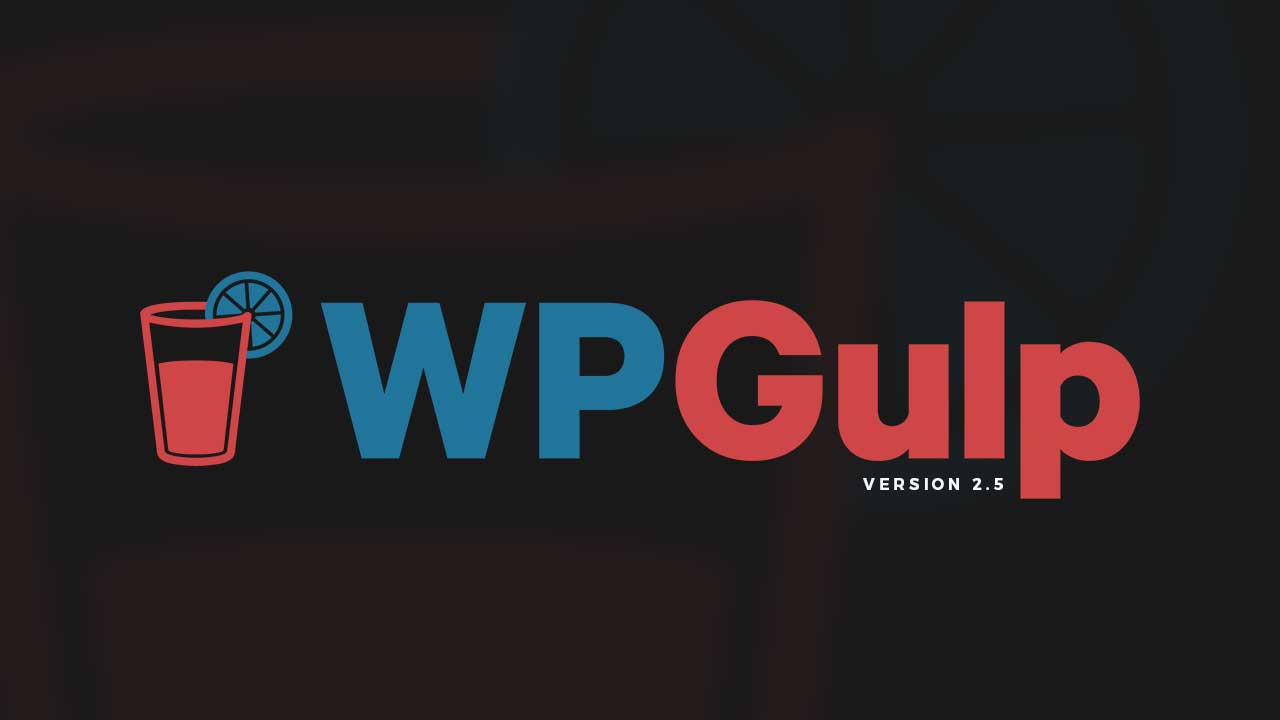 WPGulp is the most popular WordPress + Gulp workflow that helps you start building WordPress themes and plugins. The best part of it is that you can write modern JavaScript ES6+ while saving a lot of grunt work time. Moreover, it is #0CJS Zero-config JavaScript startup but is still configurable via wpgulp.config.js file.

The base functionality of the project still remains the same which includes live reload with BrowserSync, Sass to CSS conversion, Watching files for errors and so on. But Ahmad has worked around really hard to bring the following non-exhaustive list of features in the new release.

WPGulp is a free and open source software. Since it has been extensively documented just head over the to its official GitHub repo 🌟 the repo and read the docs. I’m sure you get everything out there.

⚡️ How to Update?

To get WPGulp v2.5 up and running in your current development projects just follow the steps mentioned below:

Just 2-steps and boom! 👊It couldn’t be more simple and easy than this.

Both Ahmad & I love emoji and we like using it almost everywhere. It brings life to our web content and makes it super engaging. So, we’ve really stepped up our emoji game in WPGulp v2.5. The documentation is quite appealing to the eyes. We’ve received some great reviews about the way we’ve styled our content with the right choice of emoji. Here’s what our friend Dwayne McDaniel has to say:

Moreover, the logo/featured image also went through a re-design and TBH it looks great.

WPGulp is a free project which is inspired by the work of many awesome developers especially those who contribute to repos like Gulp.js, Babel, and many other dependencies as listed in the package.json file.

WPGulp v2.5 is an excellent primer for getting started with Gulp in your WordPress development projects. It contains all those tools which a competent developer will be able to pick up the ball and run with it.

What are you waiting for? Start using WPGulp today and share your feedback with us. Don’t forget to 🌟the repo and Tweet about the all-new WPGulp v2.5.

Just landed on your blog and I would say your design is top notch.

Hey, Basit!
Glad you liked it. It’s a custom theme which I am currently using on my website.

I just landed on your website from the #theDevCouple and I realized that its custom theme, but I would like to ask, did you use AOS (animate on scroll) in your theme?